Why is it so hard to find a Scientologist in good standing?

On Wednesday, Tony Ortega wrote that a Tampa federal judge continues to uphold his ruling that a California couple, Louis and Rocio Garcia, must submit their allegations of fraud to Scientology’s internal arbitration scheme — which doesn’t, actually, exist. And part of their frustration, the Garcia’s allege, is that every time they select a Scientologist they want to make an arbitrator in the Orwellian scheme, Scientology finds a way to declare that person “not in good standing.” Even the judge admitted it was pretty impossible to figure out who is and who isn’t in “good standing” in the church.

What is a Scientologist in good standing anyway?

It ought to be easy to decide who a Scientologist in good standing is. After all, there are millions of ’em, right?

For many years, Scientology officials openly claimed that the church had about eight million members.

In the ABC Nightline episode of February 14, 1992 Forest Sawyer was able to get church president Heber Jentzsch to clarify Scientology’s eight-million-member claim — the link is to ABC’s transcript; scroll down to read the following:

Sawyer: How do you get to call them members?
Jentzsch: Because they joined and they came in and they studied Scientology.
Sawyer: They took one course, maybe.
Jentzsch: Well, that’s how valuable the course is. Eight million people, yes, over a period of the last – since 1954.

In 1997, Mike Rinder, then the organization’s spokesman, invoked the same number. Criticizing what defectors from the church were saying, he told a press conference, “If any of the things these people say are true, there would not be eight million Scientologists in the world today.”

And as recently as 2004, the church told the Deseret News that it had eight million members.

In more recent years, as Tony has pointed out, Scientology is a lot less specific about its size. Scientology spokespeople are careful only to refer to “millions.” And here’s what the church’s website today says about Scientology’s growth:

With Scientology, millions know life can be a worthwhile proposition, that Man can live a fulfilled life in harmony with others and that the world can be a happier place. Scientologists work to create such a world every day, joined by others who share this dream. The undeniable relevance of Scientology to the lives of these millions assures its permanence in our society. Millions upon millions more will follow in this quest to create a better world.

In fact, in 1999 Jentzsch gave a deposition, and under oath he admitted that the “eight million” figure was arrived at not by estimating current active membership, but by adding up all of the people who had ever, in the church’s entire history, ever so much as bought a single book or took a single course.

But even if we take Jentzsch at his word, that eight million people had interacted in some way with Scientology since things began with the publication of ‘Dianetics’ in 1950, it would mean that over the period 1950 to 1999, when Jentzsch made that claim, it would represent about 163,000 new people joining every year. And if you know something about the size and number of Scientology’s “orgs” over the years, you know that number is pure fantasy. (For a more realistic assessment of Scientology’s current size, see the Bunker’s report from recent defector Paul Burkhart.)

But, for the sake of argument, let’s say that there are millions of Scientologists, and it’s just some kind of miracle that you never actually bump into any in your daily life. What does Scientology itself say about what defines a Scientologist?

The membership organization for Scientology, known as the International Association of Scientologists (IAS), has a very loose definition of a Scientologist on its website:

Hey, that sounds easy. As long as we’re using Scientology tech, and we’re bettering ourselves, we’re Scientologists in good standing!

Well, not quite. The IAS isn’t going to make it that easy. In order to be considered in good standing by the IAS, you actually need to be a member of it. Lifetime IAS memberships cost $5,000 and Scientologists are constantly under a lot of pressure to donate even bigger amounts.

It seems pretty clear that to be considered “in good standing” by Scientology’s leaders, you’ll need to be an active donor and participant in the IAS.

But hang on. How big is the IAS?

Not anything close to millions. Former church executives will tell you that IAS numbers are in the tens of thousands, not millions. (And here’s the latest solid estimate for overall membership in this rapidly shrinking movement.)

But OK, let’s say you cut the check and join the IAS. Then that means you’re officially a part of the Church of Scientology, right?

Well, hold on. While the IAS is the “official membership organization” of Scientology, the IAS, legally speaking, isn’t part of the “Church of Scientology” itself…

In fact, according to what Scientology told the IRS in its 1992 application for 501(c)3 tax exemption, there’s actually no single thing known as the “Church of Scientology”….

And to add to the confusion, also according to the IRS application you don’t have to belong to the IAS to be in good standing with “a church of Scientology.”

But see, that’s the beauty of Scientology’s rules for “in good standing.” They can say it’s whatever they want it to be!

But for the purposes of arbitration? Scientologists “in good standing” are only whatever handful of people the church can count on to rule precisely the way church wants them to.
__

My comments over at the Bunker to expand on this article:

Mr. Ellis weighs 315 pounds, suffers from high blood pressure, fatigue and tightness in his chest. He was seen by a cardiologist on January 16, 2015. The cardiologist obtained a history, conducted an examination, diagnosed “angina pectoris” and told Mr. Ellis that he was “unable to travel.” http://tonyortega.org/2015/01/…

Scientology would have us believe that some guy on a bike with health problems is the only person who gets to decide which Scientologists are in good standing with the Church: 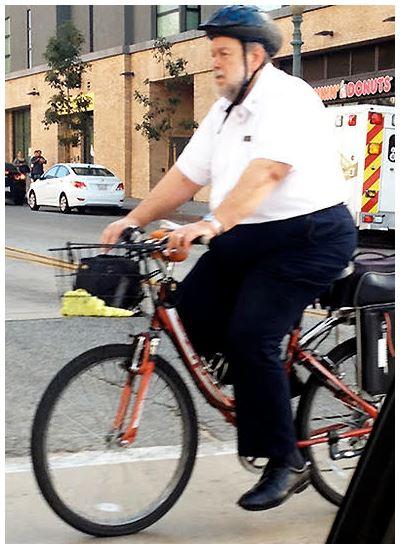 But in reality, the guy on the bike with health problems actually gets told who is in good standing by another guy in a fake navy uniform with a bad temper who likes to hit people and is Tom Cruise’s best friend: 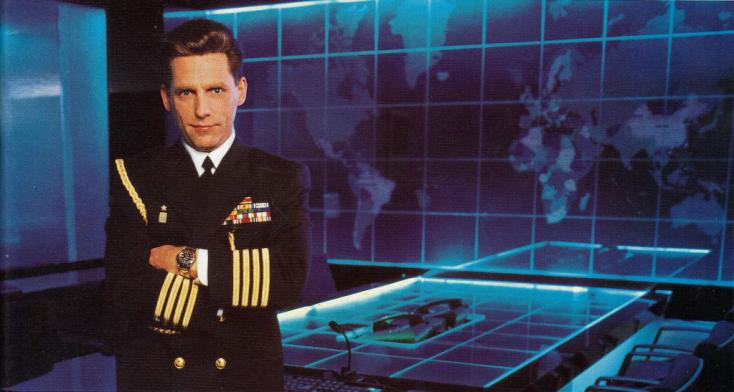 That is how it really works in Scientology.

Mike Ellis is also the man who refuses legitimate repayment requests and thus enables the Church to go into a criminal ripoff condition that Mr. Hubbard called “out exchange.” Hubbard wrote, “A criminal is a person who wants something for nothing” and Mike Ellis is enabling the criminality of Scientology when he denies repayment requests of “monies on account.” What this means is that most Scientologists pay the Church money for future services. This is called “monies on account” and creates the impression in Scientologist that these monies belong to them and are in their account. Scientology actively pressures Scientologists to put monies on account. Many Scientology have tens of thousands or hundreds of thousands of dollars “on account.”

However, when many of these Scientologists decide to leave the Church and do not want future services, the Church keeps their “monies on account” and will not give it back. This is called theft. Scientology, of course, uses sleazy contracts in order to claim the monies were donations and that Scientology does not have to give the money back. This “monies on account” fraud is aided and abetted by Scientology’s phony “Claims Verification Board” and is one of the many demonstrable reasons why Scientology is considered a criminal organization masquerading as a religion. David Miscavige really does belong in prison.

Mike Ellis does not apply policy justly and is therefore not wearing his hat. He is out ethics, off policy, and a disgrace as a Sea Org member. This bad Karma is all on Mike Ellis and perhaps explains his health problems.

This site uses Akismet to reduce spam. Learn how your comment data is processed.